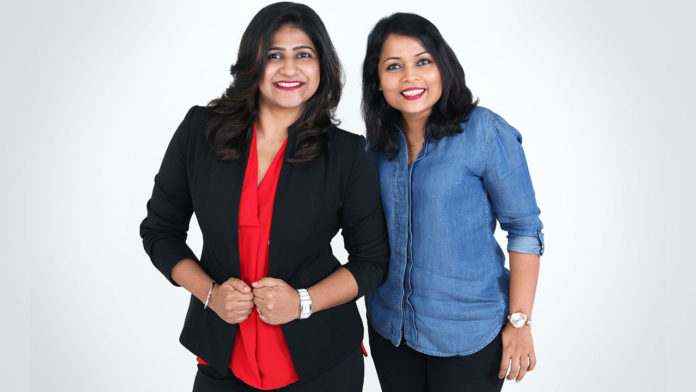 Over the years, Malaysia has gradually shifted into a new horizon of entrepreneurial growth. Spurred by innovation, we bear witness to a meteoric rise in technologically driven startups – accelerated by ambitious desires to disrupt existing industries and clamouring to become “the next big thing.”

However, the ecosystem is cutthroat and unforgiving. Despite government boosted support – with the setting up of early stage startup enablers such as Cradle Fund, MAGIC and MDEC, startups are still vulnerable to the many perils that threaten their viability on a daily basis.

A huge chunk of this malady involves finance. Startups are often bootstrapped for cash and whatever resources they have – they plan on utilizing to its fullest extent. But at the helm of these companies are very bright and talented individuals with innovative products. And they need to get their stories out.

Recognizing the urgency for a cost effective alternative is Manminder Kaur Dhillon, founder and Chief Executive Officer of Supernewsroom and her partner in crime – Puspavathy Ramaloo, Chief Strategy Officer and ex-senior broadcast journalist for TV3.

Puspa is the winner of 14 journalism awards during her career that spanned over 12 years. Manminder on the other hand, led Intelectasia, their brick and mortar public relations agency to win the Gold Award for Excellence in Public Relations in 2013.

“One could say that we are a match made in PR paradise,” quips Manminder. “Given our diverse expertise in the interconnectedness of the world of PR and media, we understand what it takes to thrive in the business environment and we deeply empathise with what these startups have to go through. Supernewsroom is here to solve their publicity issues.”

How does Supernewsroom work? Manminder and Puspa pooled in together an extensive media database of news outlets, editors, journalists, producers and writers into a single powerhouse directory. Calling it an integrated do-it-yourself (DIY) digital media relations platform, subscribers can access over 25,000 journalist profiles from across Southeast Asia and connect with them via their Twitter, LinkedIn, Facebook pages and read all their latest articles to better familiarize with the kind of product, services or campaign a particular editor would entertain in his or her news space.

According to Puspa, since Supernewsroom is a DIY platform, it is cost effective; offering the perfect solution for bootstrapped startups.

“Supernewsroom is powered with easy to use features where one does not need to be a PR expert to start using. With an integrated email blast tool, sending press releases, media invites and pitches have never been easier. Reaching out to the right journalist is made easier, with the keyword search option. So, if a startup wants to reach out to a journalist who writes about ‘fintech’, they can easily do so and since you are reaching out to the right journalist, the chances of getting coverage is much higher. We even have included press release, pitching and media invite templates, to make the entire process super-easy.”

Puspa also went on to explain that Supernewsroom’s iReport feature tracks media relations engagement from start to completion – one of the features involves real-time notification to the subscriber the moment an email is clicked open by a journalist and instant media RSVPs – if the media is covering or not covering an event.

Given the complete suite of PR services Supernewsroom has to offer, hundreds to thousands of SMEs across Southeast Asia and by extension the world at large stand a chance to benefit from it. The potential seems to be huge for Supernewsroom, but should PR agencies be worried?

Manminder thinks not: “We actually have PR agencies using Supernewsroom and they are completely dependent on the platform. Why? Because they no longer need to constantly place phone calls and check up on the media – a tenuous task for both sides of the coin. Supernewsroom manages all of that in one single hub. This way, PR agencies can spend more of their precious time focusing on doubling up their client base instead of wasting priceless time on media follow ups!”

On the challenges faced by Manminder, the formidable CEO says, “Despite not having any background in tech, today we have embraced tech as the core of our business. In fact, technology is indistinguishable from Supernewsroom as it drives everything that we do.”

Commenting on the feedback Supernewsroom has received since its birth in 2015, Manminder says that she hoped that the media fraternity could have been more receptive towards advancements in the industry. She clarifies that the problem stems from a lack of understanding of the product and is therefore bent on spreading awareness and educating editors and journalists on the progressive features Supernewsroom has to offer.

However, Manminder is grateful for the support that Cradle Fund has given to the Supernewsroom team from the very early stages. “We are really grateful to Cradle for believing in us,” beams Manminder.

Supernewsroom was the first public relations based solution to be awarded the CIP 500 grant by Cradle. Recognizing the need to constantly push the boundaries of innovation and technology, Manminder urges the investor community to take bolder risks in contributing to the startup ecosystem here in Malaysia especially when it comes to B2B solutions.

Last but not least, we ask the audacious CEO on her future plans for Supernewsroom and this is what she had to say: “The ultimate goal is to make Supernewsroom a Super PR Platform. We are currently incorporating media monitoring services into our platform. Subscribers will be able to receive immediate alerts when their story is published and analytics such as sentiments, share of voice and crisis alerts.”

As part of its regional expansion plan, Supernewsroom is eyeing to penetrate the Singaporean market. “We are looking to launch in September and we are confident that Supernewsroom will be well received in Singapore since it is a regional hub for startups,” enthuses Manminder. On that futuristic note, we wish Supernewsroom nothing but smooth seas ahead!