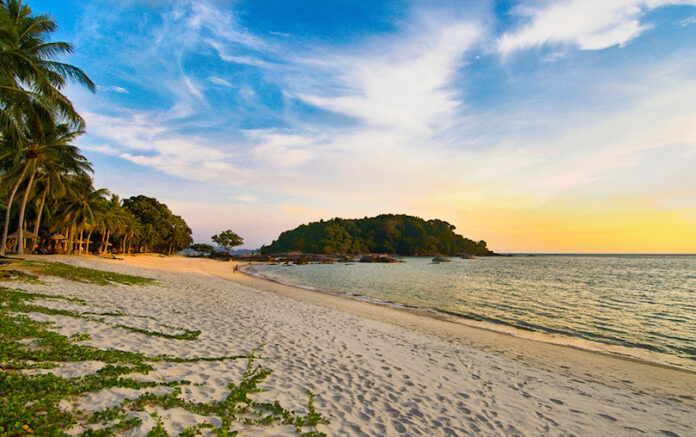 From the popular tourist hotspot of Langkawi to hidden gems like Sipadan in Sabah, these are Malaysia’s best and most beautiful islands

A lulling sea breeze, white sandy beaches and crystal-clear blue waters – that sums up a typical scene on one of Malaysia’s incredible islands. Relatively quieter and less touristy compared to its counterparts in the region, these palm-fronded paradises are perfect for those looking for an idyllic tropical retreat. If sun, sand and sea are what you’re craving after all the time spent indoors during the MCO, here are Malaysia’s best islands for your picking.

Located on the east coast of Peninsular Malaysia, Redang lies within protected marine waters. It is the perfect spot for dive enthusiasts who will appreciate the water’s incredible visibility – spot the schools of humphead parrotfish, fusiliers and even the occasional manta rays and whale sharks. In fact, almost every resort in Redang has its own diving school where you can follow a course to get your Open Water dive license. Not too keen on diving? You can also snorkel here, in areas where coral reefs are in good health.

Tioman is also a diving and snorkelling paradise. Not partial to watersports? Fret not, there’s plenty else to do. The island is rich with natural beauty and wildlife; jungle trekking is a popular activity, as well as giant monitor lizard spotting (don’t worry – they pretty much avoid humans). Or check out Tioman’s waterfalls, many of which can be reached through a short trek or boat trip, like the Mukut Waterfall and Asah Waterfall. Fancy golfing? An 18-hole golf course is available at the Berjaya Tioman Resort.

Often referred to as the Jewel of Kedah, Langkawi is a well-loved weekender spot among locals as well as overseas travellers. It is easily accessible and has a pretty developed town as well. There’s plenty to keep you occupied throughout the day: Spend your morning on the beach, go on a boat tour around the Kilim Geoforest Park, explore and shop in Kuah town, and unwind by night at one of the many restaurants and bars. If you’re feeling adventurous, Koh Lipe – a popular Thai island – is only an hour’s boat ride away.

The stunning island of Sipadan is home to sea turtles, 3,000 species of fish, sharks, and rays. Getting here is not easy – you have to stay in the neighbouring islands of Mabul and Kapalai. But the hassle is worth it, especially if you are a true diving enthusiast. Sipadan often tops the list of must-dive destinations in the world! However, due to the island’s size and efforts to preserve its beauty and ecosystem, only a handful of people are allowed to dive in Sipadan daily.

Aside from being a popular place to stay for travellers who dive at Sipadan, Mabul Island is known for being one of the world’s best destinations for muck diving. It also boasts a concentrated reserve of small marine life. If you’re looking for a secluded holiday destination, Mabul is the place to be as it is not as commercialized or touristy as others. Nevertheless, luxury resorts are available, like private water villas, for you to really splash out on your getaway. Make sure to check out the small villages that sea gypsies (bajau laut) call home.

Perhentian is a great first choice if you can’t decide which island to visit. There are two islands – Perhentian Besar is popular among couples and families, while Perhentian Kecil is the spot for budget travellers. You can go diving and snorkelling with the sea right at your resort’s doorstep. Take note though that the island is closed during the monsoon season (October to March).

Pangkor is a laidback and picturesque island known for its gorgeous beaches like Teluk Nipah, Coral Bay and Pasir Giam. Be sure to also enjoy other sightseeing attractions like the Chinese Fu Lin Kong Temple, Dindings Fort (the remnants of a Dutch fort) and the Kali Amman Temple. There are numerous beaches here, many of which are secluded and unspoiled. If you really want to splurge on your beachside dig, check-in at the world-famous Pangkor Laut Resort, an ultra-luxurious island resort on a secluded island near Pangkor.

We often forget that Penang is an island and not just a stunning historical site. There’s plenty to do and see at its vibrant capital, Georgetown, but its beaches – mostly found in Batu Ferringhi – are some of the most beautiful this side of the country. Get on a boat ride to the picturesque and secluded Teluk Duyung. Or hop on a rickshaw to tour around Georgetown to see its colonial buildings, impressive temples and stately mansions. Grab a street art guide on the way so you don’t miss the cool creations around the area. Pit stops at popular food joints are recommended.

The Ritz-Carlton, Langkawi Celebrates Five Years In Providing The Pinnacle Of Luxury