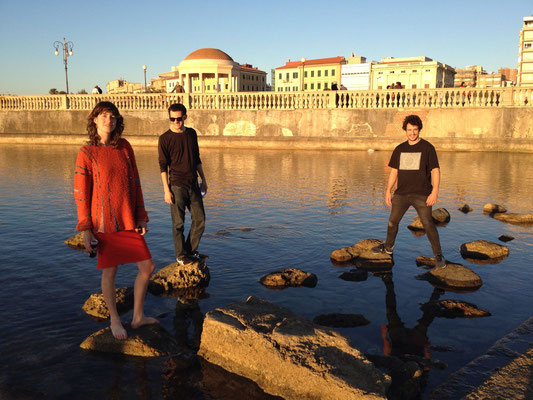 Describing themselves as having chosen some things that are unconventional in pop music: complexity, silence inside the pulse, improvisation and choruses that mutate into soundscapes and new songs, the Berlin band invites listeners to change, move, reflect and relate to their distinct brand of sounds.

The band will be making its way around Asia this October with Malaysia as one of its legs in the tour.

Music enthusiasts can head on down to the Soundmaker Studio, Pengkalan Weld, Penang or to The Bee Publika, Kuala Lumpur to watch them perform.

Kyoto Protocol fans will be delighted to know that the five piece rock and roll outfit will be performing two brand new, unreleased songs from their upcoming album.

The raw and exciting Zee Ng Project, famous for fusing together elements of vulnerable storytelling with unapologetically bold soundscapes will be at Soundmaker Studio, Penang, as support.

All in all, the Malaysian-Germanic extravagance sounds like a musical expedition and exploration of modern pop culture – not to be missed!

Secure your tickets for RM20 each at the doors of each tour date as follows:

FIRST ALL JAPAN VIRTUAL EVENT In Asia Was A Phenomenal Success