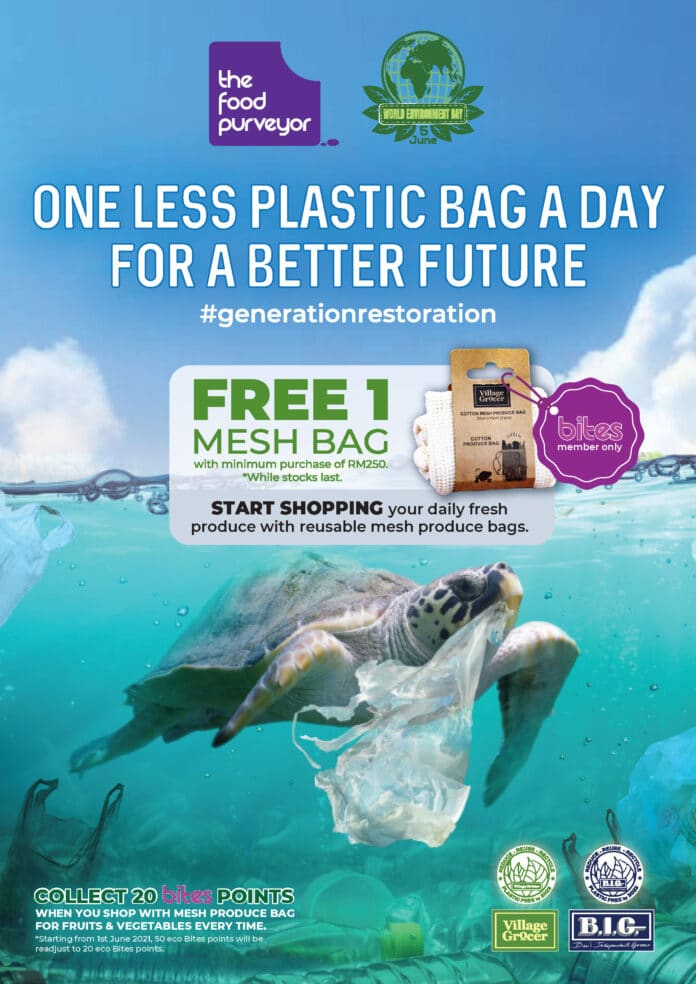 Over 44,000 reusable produce bags will be distributed in June to drive shoppers to use the bags for their fruits and vegetables. Shoppers who spend more than RM250 at the supermarkets can redeem a reusable produce bag made of cotton using the BITES loyalty application.

“Through this campaign, we hope to see a significant reduction of plastic produce bag consumption in our stores. We encourage our shoppers to take part in this campaign and use the produce bags to carry their fresh produce items and we will be rewarding them with 20 Bites points (equivalent to 20 cents) each time they do so.

It is not an easy task to change this habit as plastic bags have been incorporated into almost every aspect of our lives, making us more comfortable. But we need play our part in reducing the amount of single-use plastic usage, contributing to the circular economy, and educating our shoppers to foster sustainable lifestyle for the betterment of our environment” said Geoff King, Chief Executive Officer of The Food Purveyor (TFP) – operator of Village Grocer and B.I.G.

He added combating single-use plastic pollution is just not the Government’s responsibility, however, it is also the duty of all sectors alongside the Government. TFP is firm on its commitment to convert customers away from single-use plastic packaging and to adopt sustainable bag solutions for fresh produce. This initiative is a part of the company flagship environmental sustainability goal “Plastic-Free by 2023” which aims to eliminate all single-use plastic from its business operation before the end of 2023.