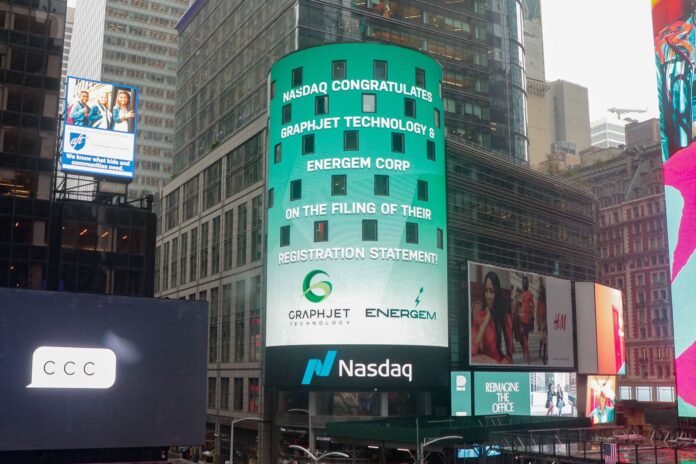 Kuala Lumpur, 6 October 2022 – The combined entity of Graphjet Technology Sdn Bhd (“Graphjet”) and Energem Corp (“Energem”), a Special Purpose Acquisition Company (“SPAC”), which is identified under the ticker symbol ENCP, has submitted its applications to the Securities and Exchange Commission (“SEC”) for the approval of its merger.

The approval is estimated to take between four to eight weeks. Upon approval, the NASDAQ-listed entity will be renamed to Graphjet Technology Ltd (“GTI”) and will have a market capitalisation of USD1.5 billion.

Meanwhile, GTI has also seen positive development in its plan to build a manufacturing plant in Malaysia with a production capacity of 10,000 tonnes of graphite and 60 tonnes of single-layer graphene, which will contribute to a revenue of RM 3.8 billion per annum.

This effectively transforms Malaysia from an import country to become export country of graphite and single-layer graphene.

Graphjet’s Chairman Mr Lim Hooi Beng said, “It has been an exciting journey for Graphjet as we look forward to the merger with Energem Corp. In the meantime, we have taken proactive measures to accelerate the commercialisation of single-layer graphene using our revolutionary and green technology. The approval of the regulators reflects our patented technology’s commitment and success.”

According Graphjet’s Executive Director Mr Jay Aw, the Graphjet’s success put Malaysia on the world map as the first to transform renewable raw materials such as palm kernels into graphite and single-layer graphene. Graphene is also known as the super material and was attributed to the Nobel Prize in Physics in 2010.