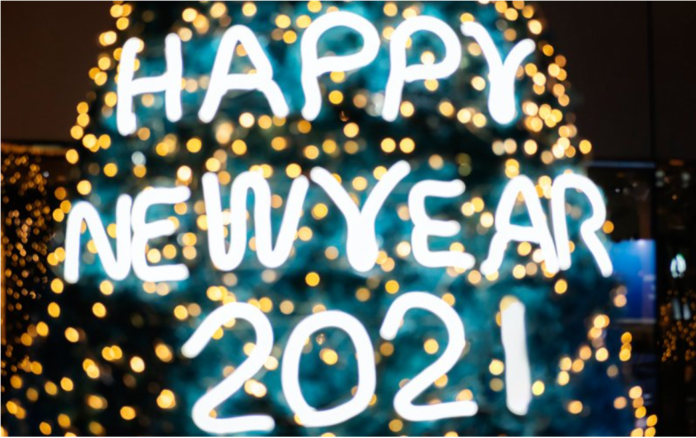 2020 is drawing to a close and the world is breathing a huge sigh of relief to see a year fraught with challenges and heartache finally come to an end.

2021 will probably be ushered in among family or close friends at home but do you know there’s more to fireworks when it comes to celebrating New Year’s Eve?

From plate smashing in Denmark to consuming 12 grapes in Spain, here are some of the most fascinating New Year’s Eve celebrations around the world.

Your parents might frown at the sight of you smashing plates but over in Denmark, it is a good sign when there are heaps of broken dishes just outside your door on New Year’s Day.

As the clock strikes midnight, Danes run around smashing plates against the doors of their neighbours and friends.

The more dishes that are broken and piled up at your door on New Year’s Day, the more friends and good fortune you will have.

As 2021 approaches, Spaniards will be busy stocking their fridges full of juicy, sweet grapes. Why?

In Spain, everyone is handed 12 grapes just before midnight that they must complete eating in 12 seconds.

Each grape is equivalent to one month, so if you succeed in eating all 12 grapes within 12 seconds, you can jolly well look forward to a very happy year ahead.

3. Jumping over seven waves in Brazil

You might find the beaches crowded on New Year’s Eve in Brazil despite the pandemic raging.

This is because of the tradition to jump over seven waves and make a wish for the coming new year.

The legend supposedly comes from Umbanda, an Afro-Brazilian religion that is a mix of African, Roman Catholic, Spiritist, and indigenous beliefs.

The number seven is extremely sacred in Umbanda and linked to the water goddess Lemanjá who will give you the strength to overcome difficulties in the upcoming year.

It’s especially great when a celebration comes hand in hand with food and the Japanese do it right with their toshikoshi soba (year-end buckwheat noodles).

The word “toshikoshi” means to climb or jump from the old year to the new.

The tradition started around the Edo period and many believe that long soba noodles symbolise a long life.

The buckwheat plant can survive severe weather during its growth period, and so soba noodles represent strength and resilience.

So, go on and slurp up some soba noodles to welcome in 2021.

5. Throwing water out of the window in Puerto Rico

At midnight, Puerto Ricans welcome the New Year by throwing buckets of water out of their windows.

They believe this act drives away evil spirits and clears out the old year to make way for the new.

6. Cutting an apple in the Czech Republic

An apple a day might keep the doctor away but did you know that in the Czech Republic, an apple can also reveal insights into your future?

On New Year’s Eve Czechs cut an apple in half, then scrutinise the shape of the apple’s core to see what the future holds for them.

If the apple’s core resembles a star, that means health and happiness awaits. However, if the core reveals a cross, it is said to mean that those surrounding it will fall ill.

On New Year’s Eve in Ecuador, people around the country bring effigies of politicians, pop culture figures and other icons of the year to torch in the streets.

Known locally as the año viejo tradition, año viejo means old year and the effigies represent the misfortunes of the past year.

Most effigies are made of cloth and filled with either paper, old clothes, sawdust, ground cardboard, straw or leaves.

If you find yourself in Italy on New Year’s Eve, you’re going to need one thing – red underwear.

Wearing red undergarments will apparently help to fend off evil spirits and negativity, bringing you happiness in the coming year.

So, put on your dressiest or most racy red undies and hopefully, much-needed luck will come your way!

Whether you’re opting to pop 12 grapes into your mouth or break some of your mother’s old plates, it is hoped that these age-old traditions help bring in some much prosperity, health and happiness for you in 2021.

Featured newstreamasia - August 17, 2022
New York, 17 August 2022 – Jakarta-born, LA-based singer-songwriter, and producer NIKI the fame behind “Every Summertime” from the soundtrack of Marvel’s Shang-Chi and...