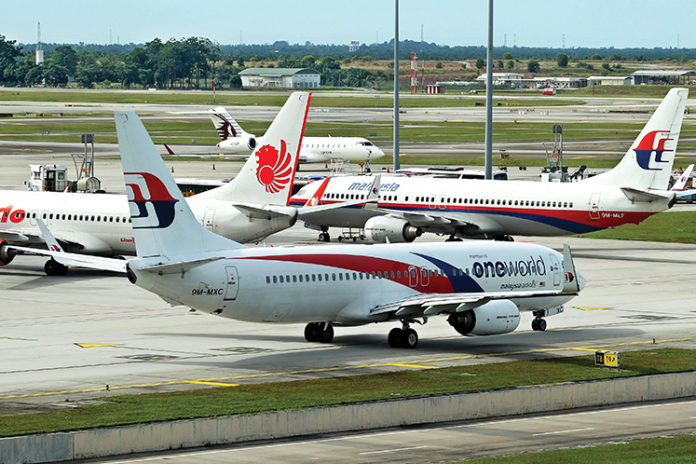 Kuala Lumpur, 12 May 2020 – Malaysian carriers warn that passengers will likely have to pay over 50 percent more for airfares if social distancing is imposed on board aircraft in light of Covid-19.

Malaysian Airlines Bhd and Malindo Air concurred with the International Air Transport Association (IATA) that the proposal to require social distancing among passengers would spike air fares by up to 54 per cent.

Malaysia Airlines said this was seen in Thailand after its government regulated empty seating between passengers, raising domestic fares by over 50 per cent.

“We will continue to drive dynamic pricing depending on capacity and demand. Promotions will surely be ascertained periodically as and when feasible. We expect customers to have more concern on safety and security,” a Malaysia Airlines spokesperson told the New Straits Times (NST) recently.

Malindo Air said its fares would likely increase by about 50 per cent, depending on selected routes and capacity demand.

Mushafiz said competition between airlines would be more intense as demand gradually increases but with less seats available in the local market.

“This will affect our fares as we need to cover revenue losses and higher opex due to the sanitation process and social distancing on aircraft to ensure the safety of both passengers and crew,” he told the NST.

Aviation experts said social distancing onboard aircraft could hasten the closures of multiple global airlines which are reeling from the devastating effect of the Covid-19 pandemic.

IATA said imposing social distancing would fundamentally shift the economics of aviation by slashing the maximum load factor to 62 per cent. This would be well below average industry breakeven load factor of 77 per cent.

“Airlines are fighting for survival. Eliminating the middle seats will raise costs. If that can be offset with higher fares, the era of affordable travel will come to an end,” IATA director general and chief executive officer Alexandre de Juniac said last week.

de Juniac cautioned that airlines would go bust if they could not recoup the costs from higher fares.

IATA, however, supported the wearing of face coverings for passengers and masks for cabin crew while on board.

It said this was a critical part of a layered approach to biosecurity to be implemented temporarily when people return to traveling by air.

“The aviation industry is working with governments to re-start flying when this can be done safely. We must arrive at a solution that gives passengers the confidence to fly and keeps the cost of flying affordable,” de Juniac said.

IATA said only a few airlines can break even if social distancing on aircraft is imposed..

It added that airlines were likely to raise fares by between 43 per cent and 54 per cent to break even if only 62 per cent of the aircraft load factor is made available from the social distancing practice.

“To break even while selling fewer seats, airlines would need to increase fares. For Asia Pacific, fares are likely to increase up to 54 per cent,” said IATA.

The quantum would depend on the exact social distancing requirements, if the pandemic was not fully contained, he told the NST.

PricewaterhouseCoopers partner and strategy Edward Clayton agreed that air fares would spike once people start travelling again as airlines could not sustain the additional costs of Covid-19 precautions at the fares they were charging in 2019.

“SOPs for international travel such as quarantine and testing will mean most trips taken in 2019 won’t happen as the hassle will be too much.

“Only people who are staying at their destination for an extended period of time will find it worth going through the procedures,” said Clayton.

He believes that there could be a shift in value proposition to more upmarket offerings, citing that people will travel less often but be prepared to spend more per trip when they do as was the case in the 1950s and 1960s.

“Self-quarantine will dramatically reduce the number of international leisure and business travellers as the vast majority of trips in recent years were for less than two weeks,” he added.

The Ritz-Carlton, Langkawi Celebrates Five Years In Providing The Pinnacle Of Luxury