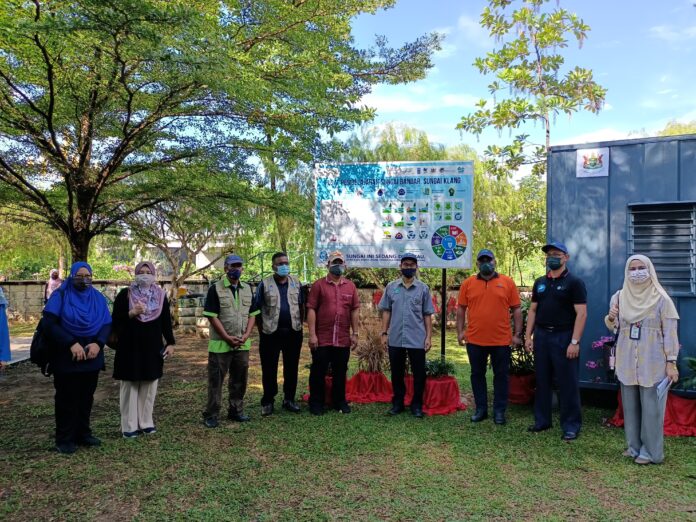 Klang, 25 October 2021 – Global Environment Centre (GEC), Department of Irrigation and Drainage (DID) together with Klang Municipal Council (MPK), and the local community have come together in a strategic partnership for the benefit of the state’s waterways and to enhance public awareness on river care.

This activity is supported by the Mainstreaming of Biodiversity Conservation into River Management Project implemented by Department of Irrigation and Drainage (DID), supported by UNDP and funded by Global Environment Facility (GEF) with GEC as the implementing partner.

“While DID is primarily responsible for the care of the rivers from a technical standpoint, the soft approach is as vital to ensure achieve our living river health targets. Hence, the involvement of local communities especially those living on nearby the river is a key enabler to the effectiveness and success of all river care efforts.

He expressed hope that particularly through this project, greater emphasis will be given to the importance of river care and the biodiversity within the river and along the riverbanks. At the same time, Ir Jamil said the project also highlights the negative impacts of invasive species including plants, animals, pathogens and other organisms which disrupts the food chain and causes riverbank erosion, while resulting in water quality degradation.

“DID appeals to all quarters to work towards knowledge citizenship, which can lead us to act wisely and not pollute or destroy the rivers and the environment,” he added.

Ir Jamil also congratulated the RIVER Ranger Sg Pinang, the first River Ranger community in Malaysia and GEC for keeping the movement alive and active for 10 years of its existence.

Similarly, in his opening address, Klang Municipal Council president, Dr. Ahmad Fadzli bin Ahmad Tajuddin thanked JPS for selecting their area as part of pilot area under the project. Besides that the YDP also acknowledged GEC’s partnership with MPK since 2010 in the River Ranger programme which resulted in the setting up of also the River Ranger Sg Udang.

In 2015, the cooperation between MPK and GEC also brought to fruition the setting up of the Flood Ranger squad and subsequently the publication of the Module on Role of Community in Integrated River Basin Management and starting the SMART Ranger programme in schools in 2019.