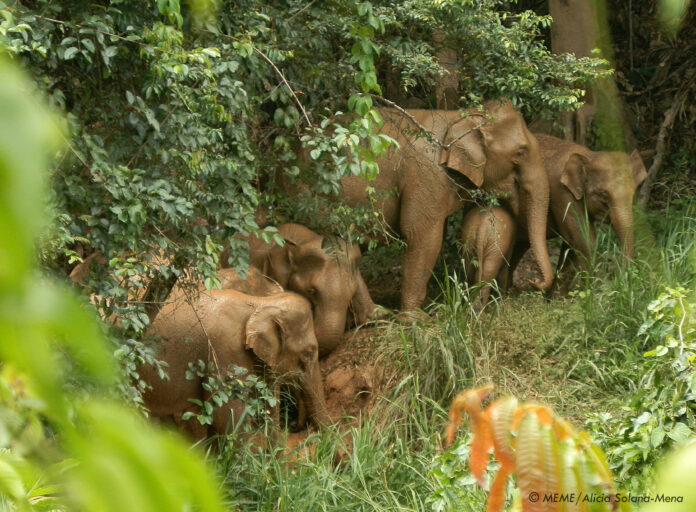 Petaling Jaya, 7 August 2022 – The State governments in Peninsular Malaysia should demonstrate their commitment to the Central Forest Spine (CFS) Master Plan by ensuring that there is no further clearing of natural forest and restoring degraded areas within the CFS, say a group of 43 civil society organisations (CSOs) rallied by B.E.A.CC.H, the environmental cluster of the CSO Platform for Reform in Malaysia.

The CFS Master Plan was approved on 20 July 2022 at the 40th National Physical Planning Council (NPPC) meeting chaired by Prime Minister Ismail Sabri and participated by all the Chief Ministers of states in Peninsular Malaysia. The NPPC approved the master plan to connect eight major forest complexes in Kedah, Perak, Kelantan, Terengganu, Pahang, Johor, Selangor and Negeri Sembilan. The master plan serves as guidelines for planning and physical development of forests in Peninsular Malaysia and fulfills Malaysia’s pledge to maintain at least 50% of its forest and tree cover at the Rio Earth Summit 1992.

B.E.A.CC.H, which stands for Biodiversity, Environment, Agroecology, Climate Change and Habitat, said that the master plan has been discussed extensively with the federal government working on getting the states’ buy-in for years, as constitutional laws clearly indicate that all land matters including forest covers lie with the state.

With the approval of this master plan, all eyes have now turned on the accountable parties, especially the state governments on the execution and implementation of recommendations within the master plan. To demonstrate their commitment, state governments should incorporate the relevant areas into the respective state’s structure and local plans. These plans are gazetted and legally binding.

B.E.A.CC.H. would like to commend the federal government for getting the master plan ready and for gathering feedback and insights including from state governments, universities, non-governmental organisations, corporate companies, environmentalists and scientists.

The master plan is detailed and includes maps, ecological linkages, and reforestation plans for wildlife corridors and should not be compromised by decisions made by the states which include degazettement exercises.

A case in point is the clearing of forest within the Gunung Inas Forest Reserve in Kedah, which is located within the CFS, to make way for a rubber timber clone and Musang King durian plantation, which many believe have led to the recent Baling Floods in Kedah that took three lives and affected some 1,500 villagers.

The CFS plays an important role in maintaining critical ecosystem services. It provides climate regulation, soil protection, and maintenance of critical water catchment areas that supply water for 90% of the population in Peninsular Malaysia.  The CFS is also home to a wide diversity of flora and fauna, including the endangered Malayan tiger, Asian elephant, Malayan sun bear and Malayan tapir.

To ensure that states comply with the plans, the CSOs urge the federal government to utilise incentives and penalties to compel the state governments to comply with the CFS Master Plan. Incentives include allocations through the Ecological Fiscal Transfer (EFT) mechanism disseminated through the Ministry of Finance on the recommendation of the Ministry of Energy and Natural Resources, as well as development funds disbursed via various ministries. States that contravene the CFS Master Plan should be denied the relevant funds, while states that uphold it could be provided with additional financial incentives to acknowledge for their efforts.

The only way the CFS Master Plan would be a success in meeting the nation’s commitment to the United Nation’s Sustainable Development Goals (UNSDGs), the Convention on Biological Diversity (CBD) and the United Nations Framework Convention on Climate Change (UNFCCC) is for all parties to be cognisant of their respective roles in protecting Malaysia’s natural resources.