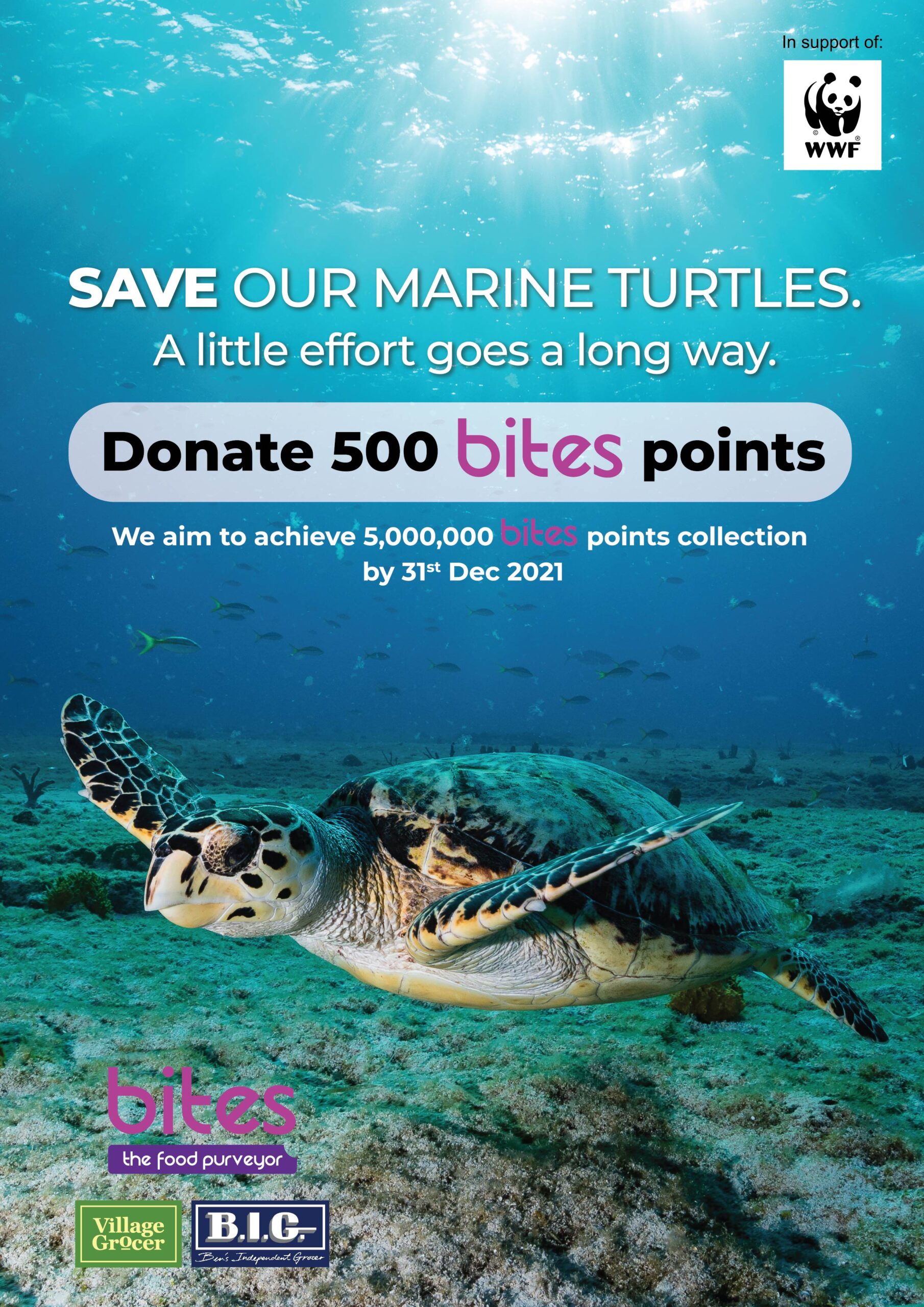 According to WWF-Malaysia, four of seven species of marine turtles’ nest on the beaches of Malaysia – the Leatherback, Green, Olive Ridley and Hawksbill turtle. However, the population of Leatherbacks and Olive Ridleys have dwindled by 90 per cent in the last 50 years.

A study revealed that approximately 52 per cent of the world’s turtles had eaten plastic waste1. A floating plastic bag is often mistaken as jellyfish which is the main source the marine turtles’ diets, particularly the Olive Ridley and Leatherback.

“Protecting our environment and reducing plastic pollution is only possible through collective action; hence we are excited with this collaboration that provides a further opportunity for our customers to join us in supporting positive action to improve our local environment.

We aim to raise RM50,000 through 10,000 BITES donations by this time next year. The campaign sits alongside our flagship environmental sustainability goal “Plastic Free by 2023” that aims to eliminate single-use plastic from our business operation before the end of 2023. It is a massive undertaking for us, but we see it as our duty as part of the global community in minimising waste and bringing change for the good,” said Geoff King, Chief Executive Officer of The Food Purveyor.

“Turtles have cultural, economic, and ecosystem values. Not only are they Malaysia’s natural heritage, marine turtles also play important roles in maintaining healthy marine ecosystems and their survival affects human survival in the long-run. WWF-Malaysia is excited for this collaboration to shine a light on the importance of marine turtles to our well-being in the long term,” said Sophia Lim, Executive Director / CEO of WWF-Malaysia.

All proceeds will be channeled to support WWF- Malaysia’s efforts which include monitoring and patrolling nesting beaches to minimise the poaching of turtle eggs; patrolling turtle foraging grounds to prevent poaching; conducting research to understand marine turtle habitats and biology, as well as the effects of climate change, to enhance conservation efforts; and calling for stronger and more holistic laws as well as strengthening ground and transboundary enforcement to protect turtles.

This campaign also contributes directly and indirectly to the United Nations Sustainable Development Goals (UN SDGs) particularly SDG14 – Life Below Water and SDG17-Partnerships for the Goals.