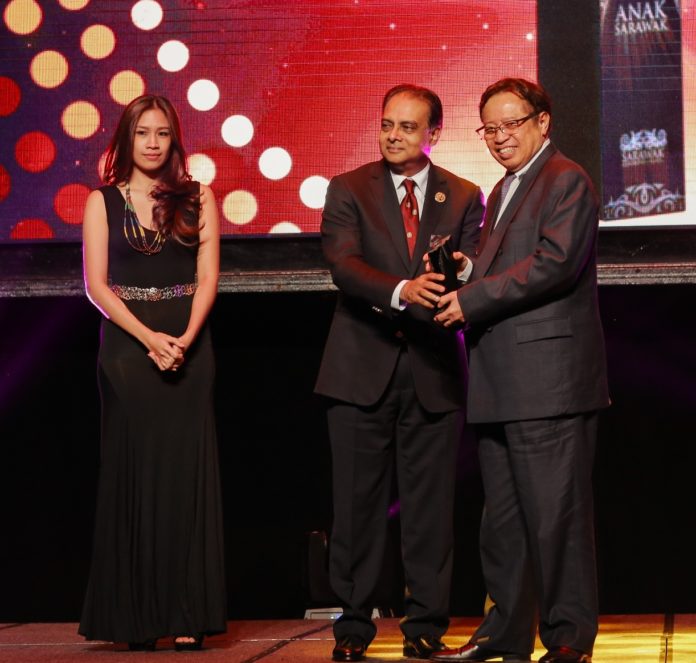 Kuching, 2 May 2018 – The Anak Sarawak Awards (ASA), the flagship award for the
Business Events sector, is grounded in championing the legacy impacts of not only
conventions, but also of the convention hosts as well.

Dr. Ravi Chandran, winner of the previous Convention of Excellence Award at the 8th Anak
Sarawak Awards 2016 for his contributions at the XXIII Asian and Oceania Congress of
Obstetrics and Gynecology 2015 (AOCOG), exemplifies how the ASA has inspired
professionals to harness their potential as convention ambassadors for the betterment of
the general society.

With the awarded grant of RM10,000, the past president of the Obstetrical and
Gynecological Society of Malaysia (OGSM) was able to escalate a greater understanding at
the Endometriosis 2017 Congress; a stocktaking international experts’ meeting focusing on
diagnosis to medical and surgical management on the endometriosis disorder.

He added that professional development is only one aspect of any congress in yielding
legacy impacts.“Our own OGSM congresses always strive to have a component for the local community and over the years, this has taken several forms – being a &quot;green&quot; congress to reduce the carbon footprint, highlighting the plight of the underprivileged and marginalised groups, introducing new technology for the benefit of the lower socio-economic groups and working with local NGOs to uplift the quality of life of minorities,” explained Dr. Ravi, who is also the current President of the Asia Oceania Federation of Obstetrics &amp; Gynaecology.

An initiative from the Sarawak Convention Bureau, the ASA is the first award in the
country to officially accolade the contributions of convention hosts, industry partners and
the media to the growth of the sector.

“Beyond recognising excellence of the sector, the ASA functions as a legacy enabler;
bringing together decision makers from various functions and sectors to co-create
purposeful projects which will indefinitely impact the delegates, the destination’s
community, destination partners and many more,” said Amelia Roziman, Chief Operating
Officer of the SCB.

“We hope to gather more legacy builders at the upcoming 9th ASA happening in August
2018,” she concluded.

Biz newstreamasia - January 20, 2022
KUALA LUMPUR, 20 January 2022 - NexMind AI has further cemented its position as an exciting and innovative player in the big data analytics and...

Biz newstreamasia - January 20, 2022
Pulau Pinang, 20 January 2021 – After the re-launch of their brand, Nutribear has seen sales soar for the past six months especially when customers...